From Zero to 15M Downloads, an Indie Dev Story

I’ve been an indie developer for two years now. My initial goal was to experiment, learn, and have fun as a mobile game developer, and for the lifetime of Part Time Monkey I’ve been able to do so. Here’s a look on what has happened during that time, from oldest to newest.

At the very beginning I wanted to know what it takes to start a project from scratch and have it published on the App Store and Google Play. There was no expectation of reaching lots of downloads or revenue, so I just basically cloned Flappy Bird with a slightly different control mechanic.

I learnt a lot about programming, as I hadn’t done any real game programming before, and got to familiarize myself with the platform portals and tools (Google Play, iTunes Connect and XCode). The project was a success for what I set out to do. 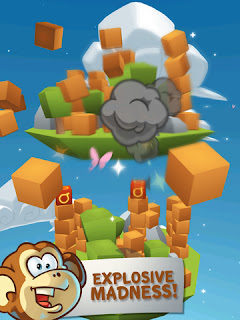 The idea was basically to mimic Boom Blox and Angry Birds in 3D, and see how a premium game ($0.99) is received on the stores. Initially the game didn’t get much featuring, to which I think the reason was that it didn’t have much features overall, and no platform-specific features at all. As a premium game it didn’t get many downloads, but it was very well received by the players who ended up buying it – with avg. rating of ~4.7/5.

I eventually made the game free with one rewarded ad placement, and as such it’s gotten ~10X downloads and revenue compared to it’s premium life cycle. So it was pretty obvious that my games would be free with ads from that point on.
At that point I still didn’t feel very confident as a programmer, so I couldn’t implement many of the features I would’ve wanted to.

I had a bit of spare time while waiting for Monkeyrama to go through the review process, so I had a little bit of fun making a local multiplayer soccer game for just iPads. It didn’t have any monetization in it, but helped me learn more about programming and to again experience the process of launching etc. 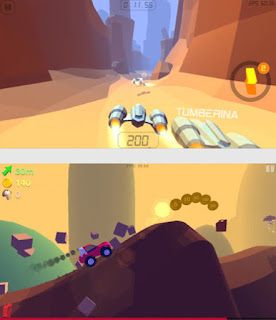 After Monkeyrama’s failure I started prototyping a bunch of different things. I had recently watched Star Wars, the one with the pod racing bit, which served as inspiration for the prototype. The meta-design on that became too much of a burden, and the level design required too much manual labor, so I ended up dropping the project.
I had also played Hill Climb Racing, and I figured I could basically do the same but in 3D, prettier, and with physics. It was fun, but as people tested the prototype, their initial comments were along the lines of “so this is just Hill Climb Racing?” which was enough of a hint for me to drop the project. Not cool to be a rip-off developer. 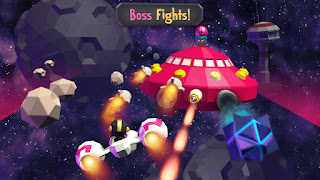 Through the previous prototyping phase I ended up with a space shooter game. I figured to dip my fingers into “real F2P gaming” and for the first time implement IAPs, social features, multiple rewarded ads, infinite gameplay, upgrades and whatnot. The “test” here was basically to see if the market is so f*cked up that it’s enough to make an OK game with lots of monetization possibilities to become rich. Thankfully, I found out that it’s not enough.
The game was fairly well received and got a bit of featuring, but still wasn’t enough to keep on updating forever and make a business around it.

To this date, though, Space Bang is the game with the highest LTV ($0.2) of all my games, so from user acquisition point of view this would’ve been the thing to keep on doing. However I didn’t feel like I want to keep on doing games like that, as in very basic gameplay with no real excitement and the focus on milking the players. 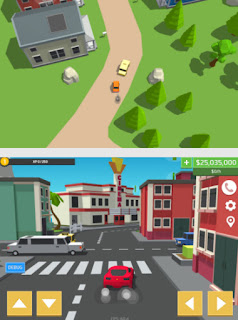 I had played too much GTA 5. I figured I could do that for mobile, with cartoony graphics. I didn’t have a clear design for it, so I just started making all kinds of features. In the prototype you could
– do missions as a policeman, fire fighter, gangster, pizza delivery guy
– gamble at the casino
– buy and drive different kinds of vehicles
– race against AI
– visit the movie theater
– buy properties that generated money
– receive text messages and phone calls through your mini iPhone
– and whatnot
The player’s goal was… uh. I don’t know. It became a big blur of stuff, so I just dumped it.

I did a bunch of prototyping for other companies such as Ubisoft, Rovio and Armada. I got to learn a buttload about making games of different genres, while someone else was paying for it! I even got to do a 3-week gig in Ubisoft Romania, which was a great experience.

Ultimately I figured that as the prototyping was going so well, I could perhaps form a business around just that; prototyping for others. However, in the end I had to be true to myself and keep on fooling around on the indie frontier. 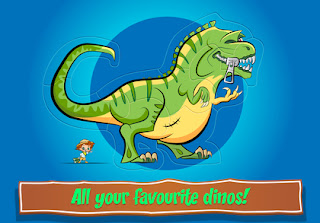 During my time at Romania I met a dude who really wanted to form a business around kids’ games. He had a prototype and most of the art already done, but needed a developer to take it til the end. I figured why not try out what it’d be like to do games that are completely different from what I had gotten used to – on design, monetization and target audience.
It was fun to do, and a key learning for me was that even though this kind of games rarely get featured, they could potentially be a real business. The conversion rate from a downloading user to a paying user is insanely high: it’s getting downloaded from 50-100 times a day, but the one IAP that it has is being purchased 5-15 times a day. That is somewhere around 10% of downloaders also use money on it. Obviously it is the parents who buy it for their kids, I hope. The game was launched a year ago, but this phenomenon is still steadily happening.
So, I would imagine, that there would be a real business, quite “effortlessly”, to make quality kids games, re-skin them with different themes, and ultimately generating a nice steady revenue stream that isn’t affected by the same rise-and-fall syndrome than “normal casual games.” 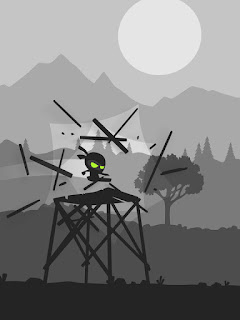 I had played a lot of Ketchapp games, especially Ketchapp Summer Sports, and really got hooked on it. The control mechanic was fresh to me, so I wanted to try it in a different environment, and add vertical movement to it.
I also wanted to approach a visual style that is fast to do and easily transformed into different themes. I ended up going with a silhouette approach where the silhouettes can be just re-colored through programming.

This game was my first mega-hit on my scale. 2M downloads and more than a year’s worth of income. It was the first moment where I felt that I could do this full-time without the constant fear of soon having to think about getting a job. 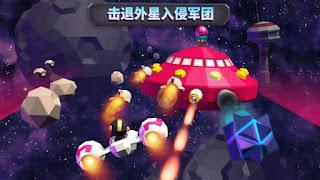 After Breakout Ninja I was approached by a lot of people, including publishers. One of them was iDreamSky, who had previously launched games such as Subway Surfers and Temple Run on the Chinese market.
They wanted to publish my previous game Space Bang in China, which sounded good to me.

I ended up getting a lot of experience on what it’s like working with a publisher, and implementing external SDKs. The game wasn’t a huge success, so we didn’t continue to update it, but nonetheless a great and eye-opening experience. 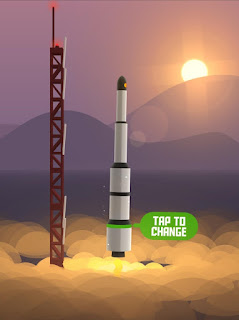 Through my subcontracting phase I got to know the founder of RedLynx, Antti Ilvessuo. RedLynx and Ketchapp were both acquired by Ubisoft. Antti is a big fan of Ketchapp’s games, and so am I. Through the acquisition of Ubisoft-Ketchapp, Antti had an idea to publish a game through Ketchapp which was partly done within Ubisoft, and he was looking for a developer partner which ended up being me.
Antti was in charge of game design and getting the deal done, while I was in charge of the development. We had the game mostly done in the beginning of year, and ended up working on it on-off throughout the first half of year implementing SDKs and so on. Finally it was released in the beginning of August, and became an immediate hit. 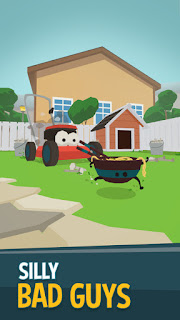 I had been searching for a second Monkey Man to join me in my adventures. There was quite a bit of interest and I eventually started a project with Asmo Jussila from Ragemode Entertainment, a fellow Finnish indie developer who had released a bunch of games with minor success.
Silly Walks is based on one of Asmo’s prototypes, from which the control mechanic is taken. We designed the world around it and figured out our roles; Asmo would work on game and level design, and I’d work on design and implementation. Together we came up with the visual look of the game, and ended up finding Simo Kovanen, a great artist to take it to the next level and to do all the assets that we’d need.
While this game was a big success on its launch week, and still is doing OK, it seems like it may be a better idea to focus on the next games instead of keep on doing infinite updates.

I set out to experiment many different things, and ended up going through many variations of the opportunities a game developer has.
I learned that the “luck” behind becoming a successful mobile game developer isn’t just about a single game’s success on launch, but instead picking the right opportunities wherever you go, and keeping at it.
Cheerio,
Tuomas
Share on facebook
Share on twitter
Share on google
Share on linkedin